Now that it’s October, let me talk about one of the fiestas in the Philippines.  Fiesta means festival. It’s Masskara time!!!  This happens every 3rd week of October and it coincides with Bacolod City’s Charter Day celebration,October 19.

The Masskara Festival is the biggest annual tourism event in Bacolod. It began its origin in 1980,a crucial time for the Negrenses when the sugar industry faced the worst crisis with world sugar prices hitting rock-bottom.Sugarcane,the staple product of the island suffered a setback when a sugar substitute(fructose) was introduced in the United States.

Thus,the sugar economy suffered tremendously alongside a maritime collision between a tanker and the ill-fated luxury liner,the M/V Don Juan which sank in Tanon Strait, killing 700 Negrenses on board.

The MassKara Festival,which was derived from the word ‘mass” meaning crowd or multitude and the Spanish word ‘kara’ for face to mean multitude of faces, reflects the Bacolodnons love for fun and gaeity.

Due to these tragic events, the city’s artists, local government and civic groups decided to hold a festival of smiles. The city at of Bacolod is known as the City of Smiles. They thought that a festival was also a good opportunity to pull the residents out of the dispirited atmosphere.

The first festival was therefore, a declaration by the people of the city that no crisis will bring Bacolod City down and that its people is going to pull through the dark days, survive, and in the end, come out victorious.

Street Dancing Competition – The Street Dancing has two categories; the schools division and the barangays. The barangay category is considered as the highlight of the street dancing competition.

Here are a few photos which my sister shared with me from last year’s Masskara Festival. 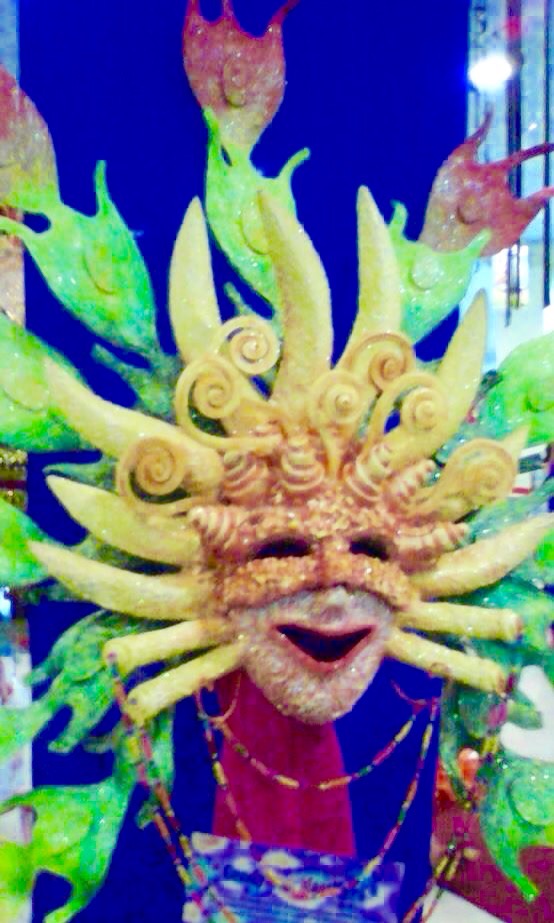 If you want to see the street dancing competition of Bacolod, it  is best if you book a hotel near the town plaza because that is where the competition is happening. But if you prefer to go to street parties at night, you may want to stay at hotels along Lacson Street.

Hotels near the town plaza:

Bacolod Pension Plaza – Well-positioned in Bacolod Downtown, Bacolod Pension Plaza is the ideal point of departure for your excursions in Bacolod (Negros Occidental). The hotel lies 0.1 km from the city center and provides accessibility to important town facilities. A haven of rest and relaxation, the hotel will offer total renewal just steps away from the city’s numerous attractions such as Negros Museum, Bishop’s Palace, Bacolod Public Plaza.

Business Inn – Ideally located between Lacson-Galo and Lacson-Rizal Streets, this property is in the center of Bacolod’s downtown and commercial district.  Rooms are a bit dark though really cozy and the food is superb.  Have stayed her for a number of times and the price is not too expensive.

O Hotel – Situated in Bacolod Downtown, O Hotel is the perfect place to experience Bacolod (Negros Occidental) and its surroundings. From here, guests can enjoy easy access to all that the lively city has to offer.  Haven’t stayed here yet but this coming December, this is where me and my husband plans to stay.

GT Hotel – The hotel is not too far from the city center: just 0.7 km away, and it normally takes about 45 minutes to reach the airport. With its convenient location, the hotel offers easy access to the city’s must-see destinations.

MO2 Westown Hotel San Juan –located in Bacolod Downtown, Bacolod (Negros Occidental), is a popular choice for travelers. From here, guests can enjoy easy access to all that the lively city has to offer. With the city’s main attractions such as SM City Bacolod, Jose Rizal Monument, Bishop’s Palace within close reach, visitors to the hotel will just love its location.

Hotels near Lacson Street:
Avenue Suites – The excitement of the city center is only away. A haven of rest and relaxation, the hotel will offer total renewal just steps away from the city’s numerous attractions such as ANP Negros Showroom, Provincial Capitol Lagoon, Bacolod Metro Poker Club.  I have stayed here as well and so far, the only feedback I can say is the hot shower doesn’t work.  I just can’t remember if we called the front desk to have this one checked.  Breakfast is plated and quite simple.

L’Fisher Hotel -is regularly visited by local and international travelers thanks to its convenient location close to many of the area’s business and commercial areas.

11th Street Bed and Breakfast – Conveniently located at 11th Lacson Street is a great base from which to explore this vibrant city. The hotel is not too far from the city center: just away, and it normally takes about minutes to reach the airport. A haven of rest and relaxation, the hotel will offer total renewal just steps away from the city’s numerous attractions such as ANP Negros Showroom, Bacolod Metro Poker Club, Provincial Capitol Lagoon.

Search for Hotels in the Philippines